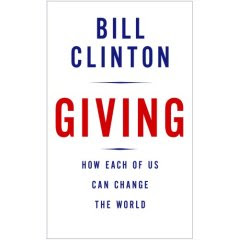 As promised in my last post, Book Titles No.1, we’re taking a look at Bill Clinton’s new book Giving, released on September 4, 2007. The celebrity status of this author notwithstanding, Knopf Publishing Group gave this book the added advantage of one of the most powerful and reliable book title strategies out there: The One-Word Wonder. A quick look at similar titles shows the effect they have on our collective psyche and on our buying habits.

Here are other one-word titles, most from the New York Times bestseller list:

I list these authors because most of them, like Bill Clinton, are well-known for other books or a long-standing reputation. And that’s the point for you. Using a one-word title gives your book that same presence, that I’ve-already-arrived kind of authority, the sense that you are the leader in your field—which you are, now that you’ve written a book on it.

Here’s why these titles work:

1.) They make the greatest visual impact on your front cover—fewer words creates the “billboard” effect you want
2.) They are authoritative in their simplicity
3.) They turn a common word into something memorable, now associated with your book
4.) They still have a subtitle that clinches the deal with details like who the book is for, what it’s about, and what you get out of it
5.) They are often easier than other kinds of titles that require coming up with the right mix of a few choice words.

How to create a One-Word Wonder:

One-word book titles are an overstatement or oversimplicaiton of your topic. Say it like it is, “My book is about ____________,” and create a list of possible titles that way. Try key word searches to find what words other people use when they look for information on your topic. SEO words will also put you ahead in web searches when you post your book or product on websites and blogs.

Let’s dissect these titles:
__ Giving and Winning are each A Positive or Desired Act
__ Blink is A verb, a Command to do something, take action
__ Freakonomics is A New Term, that in this case brings together for the first time two seemingly opposing ideas. It rocks the boat and takes us in a new direction.
__ Godless is a An Adjective, a Condition; it suggests a problem or a controversy
__ Leadership is A Noun, a Discipline; it positions itself as the definitive word, that it speaks not just to a part of leadership, but the entire field

These titles use a proven formula from the world of products, celebrities, and movies. A name like Nike, Apple, Google, Bono, Tiger, Titanic, Rocky, and OK, Borat, is more than just a product, a person, or a way to kick back on a Saturday night. They each have become worldwide brands. Granted, there is more to them and their creation than just the name, but that one word gave them their star appeal. Your book will also have to live up to the promise of its good name. But again, that one word helps you, right from the start, to stand out from the crowd and get noticed.

The real secret to these titles

One-Word Wonders are easy--easy to say, easy to remember, and easy to talk about. That makes them easy to promote and easy to love. A bestselling book like “Blink” or “Giving” seems to have no rival. It seems to be the definitive word. It inspires confidence. It seems to be in a category by itself. And, isn’t that what you want for your book?

Did you know that the last thing most people usually think about when publishing their books and information products is the first thing you can do to start making money?
Click here to learn more: http://www.writetoyourmarket.com/action2.html

NEXT: Book titles can’t be copyrighted--what does this mean for you?
Plus, look for an upcoming post about URLs for One-Word Wonders. 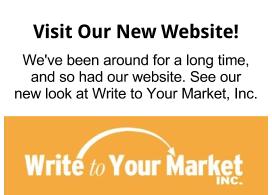 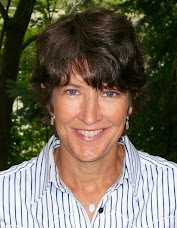 Write To Your Market, Inc.
The branding, marketing, and book cover tips I post here come from our extensive work with authors, experts, entrepreneurs, and organizations. My partner, Graham Van Dixhorn, and I serve a wide range of clients across the U.S., Australia, Canada, and the U.K., as well as Europe and Asia. We develop marketing materials that sell your books, eBooks, products, and professional services. Our clients also get media coverage by the L.A. Times, New York Times, and USA Today ... appear on national TV talk shows, including ABC News, The CBS Early Show, and NBC's Today Show ... win major book awards ... sell to seminar companies ... attract profitable partners ... and more.

Our Completely New Website Is
in the Works and Coming Soon!